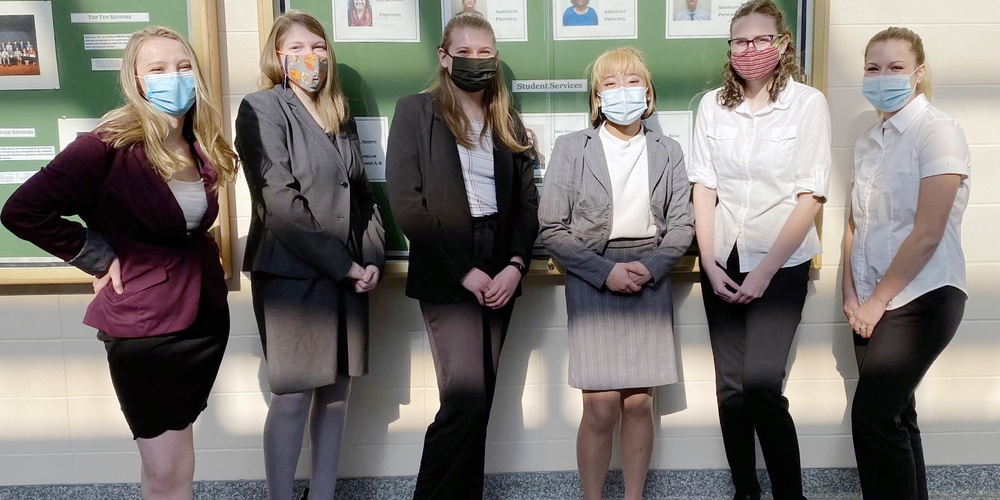 Concord High School’s speech team has recently completed their season and students are looking forward to the upcoming national tournament in the spring.

“This year, speech and debate was still able to occur because all competitions were moved online,” said club coach Jeff Stutzman.

Concord’s debate team, which includes several young or first-time members, gained experience and are looking forward to next year’s competition. The debate team season runs from October through January.

Due to the pandemic, students competed virtually over the season by joining through their computers. Judges also logged in live from their location. Despite being a smaller-than-normal group, the speech team “was committed and did an excellent job of coming together as a team to support each other,” said Stutzman.

“During this season, it became more difficult to compete like how I was used to last year. There was definitely a learning curve with technology, but we work it all out! I think what went well the most is even though I wasn't there in person, I still had the motivation to work hard on my two speeches,” stated Toledo who placed 5th overall in poetry during the final round of the State Speech Tournament.

Fellow teammate Alexis Brewton agreed with Toledo about the difficulties due to the pandemic, but said she saw improvements in her abilities.

“The reason why I joined speech was I wanted to improve on my speaking skills and since I had Mr. Stutzman for Honors 9th Grade English he helped persuade me to join. Also, I had some friends that were going to join so that also helped my decision to join the speech team. I am so happy that I joined because I have made some new friends and learned a lot to help my speaking and social skills,” Brewton said.

Senior Olivia Freeto (Drama) and junior Kaylie Kustron (U.S. Extemp) qualified for the national speech tournament this June. They will represent Concord and the Northeast Indiana NSDA district and compete against students from across the country.

In the drama category, the participant will memorize a section of a play and act it out as that character. They can only use their facial expressions with no help from props.

The U.S. Extemporaneous division consists of the student receiving three random current event questions, and they get 30 minutes to use resources and form a five- to seven-minute speech.

Concord’s team is very well known statewide. They have been consistently placing in the top five at state, and have had national qualifiers for the past 15 years.

ABOUT THE AUTHOR: Belle Brunner is a senior at Concord High School, where she is actively involved in golf and swimming. She is serving as an intern for the spring semester and will be writing stories about students and staff at Concord Community Schools.